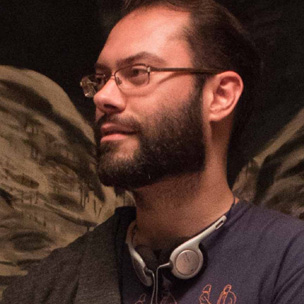 Born in Niterói, Rio de Janeiro, in 1983. He works as a director, screenwriter and producer. In addition to award-winning short films, he directed the TV series HQ – Edição Especial (2016), and the documentary Meia Hora e as Manchetes que Viram Manchete (2014). The Club of Angels is his first fiction feature film.

The Club of Angels

None of them could resist. Over the years, the monthly meetings of Clube do Picadinho – a confraternity that has gathered seven longtime friends for decades...