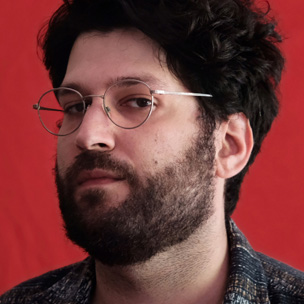 Born in Greece in 1986. He studied Film Theory at Kingston University, London, and Filmmaking at the London Film School, LFS. He has worked in film, music video and theater. He made short films like Woman with the Plastic Flower (2012), Flowers and Bottoms (2016) and Copa-Loca (2017), presented at film festivals such as Clermont-Ferrand, Locarno and Cannes. Broadway is his first feature film.

Nelly has escaped from her wealthy and controlling family. As she dances in a strip club, she meets Markos, a charismatic gangster who helps her run away from her...