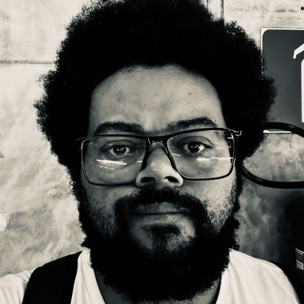 Born in Minas Gerais in 1984. He is a director and screenwriter, and also founding partner of Filmes de Plástico, an audiovisual production company created in 2009. He graduated in history from PUC-Minas and graduated in cinema from Escola Livre de Cinema de Belo Horizonte. As a screenwriter, he currently works as a hired professional in feature film projects and does script consulting. He made the short movies Ghosts (2010), Domingo (2011), About a Month (2013), awarded at film festivals such as Cannes and IndieLisboa; and Backyard (2015). He directed the feature films She Comes Back on Thursday (2014, 38th Mostra), winner of the Special Jury Prize at Buenos Aires Film Festival; and Long Way Home (2018, 42nd Mostra), presented at Locarno Film Festival. In 2021, he released the book Roteiro e Diário de Produção de um Filme Chamado Temporada, in which he reports the entire process of making his last feature. 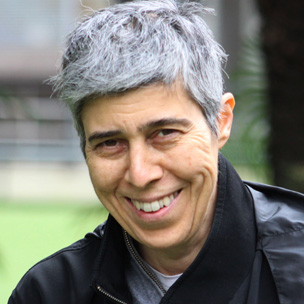 Born in São Paulo in 1961. She holds a degree in music and philosophy from New York University, and a master`s degree in music from the Manhattan School of Music. She worked for more than ten years in the film department at NYU. She participated in important festivals such as Cannes, San Sebastián, Havana, Montreal, among others, where she won awards and national and international recognition. Her directorial debut was the short film Eu Sei Que Você Sabe (1995, 19th Mostra). She later wrote and directed the features Tonic Dominant (2001), The Milky Way (2007, 31st Mostra), presented at the Critics’ Week at Cannes Film Festival; Santos 100 Anos de Futebol Arte (2012), São Silvestre (2013, 37th Mostra), which received the Best Documentary award from the São Paulo Association of Art Critics - APCA; Best Friends (2014, 37th Mostra), Dorina: Olhar Para o Mundo (2016) and Santos de Todos os Gols (2019). At the 46th Mostra she presents her most recent film, the documentary Kobra Self-Portrait. 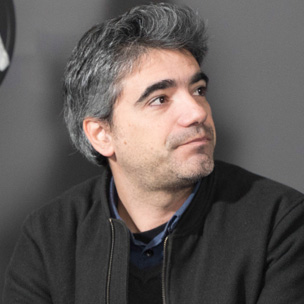 Born in Portugal in 1978. He studied audiovisual at the Portuguese Catholic University and later specialized in film directing at NYU’s Tisch School of Arts. He also made the production programs at the Eurodoc and at the Biennale College of Venice. He has produced and co-produced over 200 films, presented in film festivals such as Cannes, Berlin, Venice, Rotterdam and Locarno, and was responsible for the cinema production for the Guimarães 2012 - European Capital of Culture. Areias directed feature films such as Thebes (2007), Hay Road (2012), 1960 (2013), Ornament and Crime (2015), Blue Breath (2018), Surdine (2019), Down By Life (2020) and A Arte da Memória (2021), all of them presented at Mostra. At the 46th Mostra he presents as producer the features Love Lights, Kinorama - Beyond the Walls of the Real and Distopia.